Last Day of "Work" in Cameroon 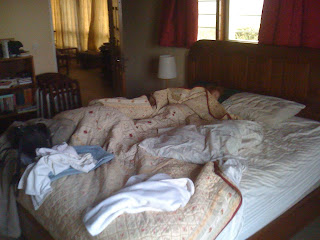 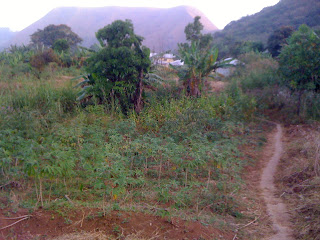 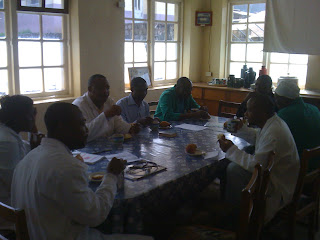 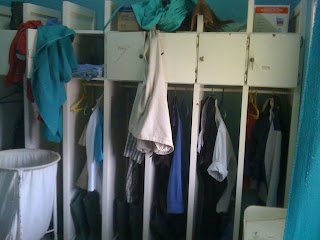 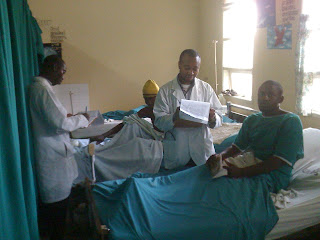 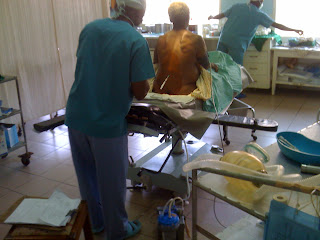 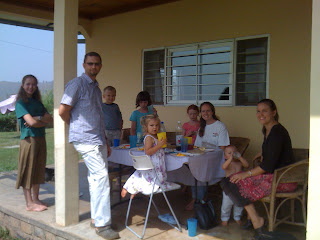 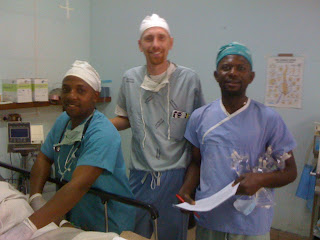 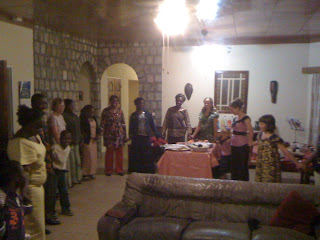 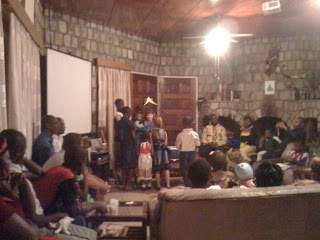 It is now 1153 pm so I guess I have only 7 minutes to write about my last day in the OR here in Cameroon. I wanted to share some thoughts and photos of today as it marks a transition point where we now turn fully towards leaving. Today started as many other days with Elle sleeping next to me. I had already cuddled with Hannah due to bad dreams about snakes at some point in the early morning. I hasn't rained for a few weeks now and the walk to work is getting dryer as there is less and less dew. Rounds went normally without any terrible morbidities to mull over. The only problem facing us was the 9 scheduled cases with the three added on - below knee amputations. The ENT surgeon, Dr Acha, had three tonsils scheduled after a TURP that one of the past residents who now works at a hospital ~4 hours away scheduled. (Mbingo has some endoscopic urology equipment.) That made for ~15 cases scheduled for three rooms. Unlike in the US, we only have two electrocautery units for three OR theaters. Therefore, cases have to be fit in as we do or don't need cautery. I have become much more comfortable not using cautery for such things as hernias or even hysterectomies. Don't get me wrong, I like cautery. Now, I spent all this time explaining one small issue that really isn't a big issue but daily affects the way surgery gets done. The anesthesia time is great if we get to use a spinal but for general cases the wake-up can be quite extended as we don't have some of the fast acting stuff like Propofol. The schedule got all bogged down as the TURP couldn't take a spinal due to his bad back anatomy and went to general. This was even worse when he was ready to be awoken but was noted to have a very distended abdomen and a perforated bladder. I wasn't involved in any of this but it put that room out of condition with a cautery unit until ~3pm. We managed as we could. During this time, Rebecca was back home hosting the Hamms who a nice SIL family. She was up for some medical care, and they stopped by for a goodbye visit. By the way, they haven't had water at their house for a week so they took a shower at our house. We had planned a dessert party for tonight putting some stress on Rebecca who was also trying to pack and homeschool. I spent some time around lunch with the family waiting for a case to turn over. I had talked to the plumbers about a leak in the bathroom that needed attention. We had noticed a flood but had cleaned it up and turned the water off to that bathroom. I got home as Hadiah was making sure there was evidence of a leak by turning the water back on. To our surprise, water started pouring from the ceiling. The plumbers hadn't come by 130 pm (once again in between cases) so I sat in their office and eventually was given the cell phone number for the manager. I went back to the OR and they finally came to fix the problem. I got home around 430 pm. We really got into full gear getting ready around 6pm as people would be coming around 7pm. Yes, we aren't early planners. The desserts were ready and a lady was coming to help serve. Rebecca pulled it off like she usually dose with a nativity play acted with the children, good food, a little talk by me, singing carols, and finally a dance contest with some residents, me and the chief of staff (ophthalmologist Dr Tambe). I helped drive some of them home. Helped clean some stuff, helped get the kids in bed, talked to Rebecca and walked next door where I sit now with a folding chair on their driveway typing away using their fast WiFi. We are very blessed to have this time here, and we hope that you are blessed this Christmas. dasen
Posted by Ritcheys at 5:19 PM