How Are You Spending Your Christmas 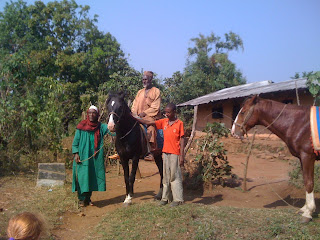 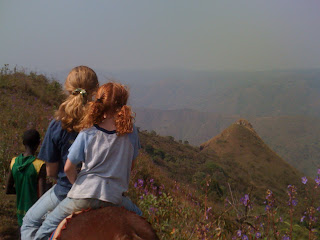 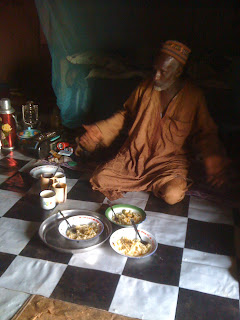 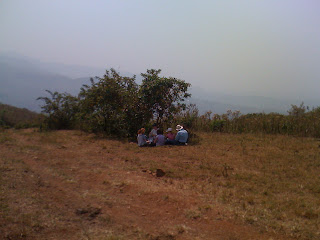 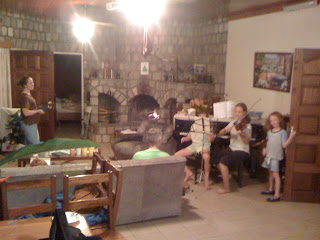 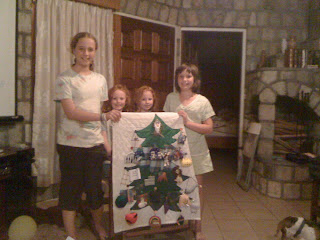 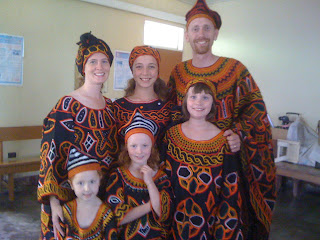 "Merry Christmas," or if you're Cameroonian, "Happy Christmas!"
We hope that all of you reading this blog have and are enjoying your Christmas. Our Christmas is unique for us in that we don't have a Christmas tree, it was cool this morning but reached into the 80s, and our present pile was much less this year. Also, we just got back from a horseback ride up in the hills that re-defined finding horses for us. We have been blessed to spend last night and today with Rick Bardin. Christmas Eve started out early as we walked to chapel at 0620 in the morning. On the way we were to stop at the administration office where we were surprised with traditional costumes to where in the chapel and later in the morning at our going away ceremony. We all matched. After chapel, we went to the OR where I was given a nice shirt with hat. We then went home only to come back to the hospital for our going away ceremony at 0930. Everything is more formal than in the US with speeches, food, and pictures. We still are trying to get ready to go, but I must admit that Rebecca has been doing much of the packing while I'm trying to clean the rooms after she has packed. Last night we ate and then went through the Jesse tree that my parents gave us last year. We sang, roasted marshmellows, and had a long lecture from me to the girls about obedience and getting along. Yes, we have our good and bad moments. This morning after breakfast we opened some delightful gifts from "Santa" Bardins, opened our gifts from ourselves that we chose from a pottery "factory." We then found out that the horses that we were told were available weren't as the owner was in a town 9 hours away. Rebecca doesn't give up easily so we drove down the hill asking where another Fulani man lived that she knew had some horses. Up into the hills and some time later after a hike where we had to motivate the girls, we sat down for our picnic. A Fulani who didn't speak much English drove by on a motorbike. Rebecca tried to communicate our desires. Some time later another Fulani man came down invited us to his compound where we sat for ~1.5 hours while he had young boys go rustle up the horses. We originally had hoped for six, but 4 worked. While waiting Rick and I had rice and tripe. I had to concentrate a little to get it down. When we got back from our ride, the family, of course, wanted us all to have another meal with them. The girls escaped sharing some salty rice, and Rick and I had the rice and tripe again. (Rick had a second bowl (total three bowls if you're counting) as he graciously accepted their aggressive hospitality.) We are now back home 6 hours later resting and getting ready for a dessert at our neighbor missionaries tonight. We are very blessed and know that God is at work bringing His Kingdom near. May God bless you all richly, dasen
Posted by Ritcheys at 10:28 AM